Get me outta here!
A significant feature of the Mediterranean diet is that it is low in omega-6 fat levels, yet that aspect receives little if any mention, even when leading researchers demonstrate its importance. In the Lyon Heart Diet Study, French researchers led by Michel de Lorgeril used the key dietary components of the Mediterranean diet and applied them to residents of the city of Lyon. The results of the study, which was supposed to last five years, were so striking that it was halted midway by an ethics committee. Remarkably, there was a complete prevention of cardiac sudden death in participants eating a Mediterranean-style diet; the control group, which followed the classic heart-health diet (which does not distinguish between the types of polyunsaturated fat) had no such benefit. A subsequent follow-up of Lyon Diet Heart Study participants was even more remarkable—an unprecedented lower death rate from all causes, especially cancer. This was an unexpected finding. 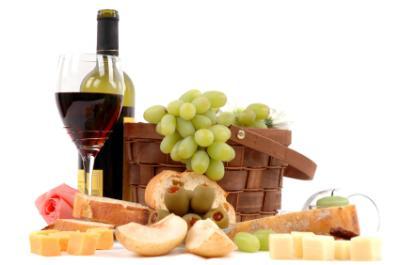 The stunning results were published in the American Heart Association’s scientific journal, Circulation, in 1999, accompanied by an editorial, which emphasized that only the diet with the lower omega- 6 fat and higher omega-3 fat successfully lowered the death rate from all causes, including cardiac. The classic cardiac diet—which does not distinguish between the types of polyunsaturated fat, therefore mostly omega-6 fat—failed to improve the overall prognosis.

Michel de Lorgeril continues to write extensively on the need to lower dietary omega-6 fat, as it is one of the hallmarks of his famous study. Yet that advice seems to have had little impact. At least he is not alone. In 2000, an international group of scientists that specialize in omega-3 fats issued guidelines to cap omega-6 consumption toward a balanced level. Two years later, Japan issued similar public health recommendations to limit the amount of omega-6 fat in the diet. In Australia, patients participating in the Early Arthritis Clinic are advised to reduce their omega-6 fats to keep inflammation at bay. Keep in mind that no health agency or omega-3 fat expert is recommending we get rid of omega-6 entirely—only that we bring it back into balance.

This site uses Akismet to reduce spam. Learn how your comment data is processed.